Mountain lion - from Peruvian circus to forest :-) March 17, 2017
This is not a new news story - but I came across it and thought it just shows what can be done when people pull together to make a differe... [MORE]

Every knitting stitch helps March 09, 2017
SPANA is a charity that helps working animals in a number of different countries around the world - horses, donkeys, camels, mules, elepha... [MORE]

Give animals a voice February 28, 2017
Every year billions of farm animals are transported all over Europe, destined for slaughter. Live transport over long distance can b... [MORE]

Help with an Ancient Tree inventory February 16, 2017
There are ways to help the natural world all over the planet. If you live in the UK, one thing you can do is to help the Woodland Trus... [MORE]

Microbeads in the news February 15, 2017
Microbeads are in the news again, as YouGov survey  for the microbeads coalition show that many people wash their make-up... [MORE]

Giraffe numbers are up in Niger February 07, 2017
There's been a lot of doom and gloom about giraffe numbers recently.  But there's also been some success.  Back in the ... [MORE]

Froglife launch new app February 07, 2017
Froglife have a new Dragon Finder app you can download for FREE!  It's available for iPhone and Android. Just search for "Dragon Find... [MORE]

Are you a runner? World Animal Protection need you! February 07, 2017
If you love running and want to do your bit to help animals, then please think about running for an animal charity in a marathon and raisi... [MORE]

An appeal: Help donkeys and horses in Italy February 05, 2017
You may have heard on the news about the terrible conditions being faced by many people in Italy, particularly in the Abruzzo region which... [MORE]

Save your used stamps
Apps to help Animals

Don't miss Secret Safari - Into the Wild on Channel 4, Tuesdays at 8pm.  Find out more 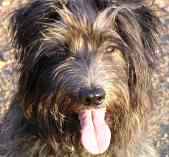 Chico says... can you help dogs and cats in Lebanon have a new shelter?

Advice from the RSPCA

Helping out in your area

Which charities help racehorses once they've retired?   Gallop away to see them

Bamboo toothbrushes - would I buy them again?

Send a gift of water

Save your used stamps

If you're saying yes, please find out more here - you could help train a ranger to protect wildlife

How to help animals affected by Beirut explosion