Our Blog - Ways to help animals

I’ve had a newsletter from Animals Asia that really moved my heart.

Central to the news was Arthur.

Arthur is an elderly bear, and all he knew for a decade was pain and suffering.   He has osteoarthritis and restricted mobility after years of being trapped in a tiny cage.  And as the newsletter said, “He never felt soft grass under his paws.  He never enjoyed the crunch of a tasty apple, or felt the warmth of a cuddle with another bear.”

Animals Asia point out that older bears have all sorts of mobility issues because they’ve been in a tiny cage all their lives.  They are all old before their time.   Their bodies may be twisted and deformed.  Some can hardly walk or stand.

When Arthur stood up before he was rescued, the bars of his cage bit into his paws.   If he lay down the bars dug into his emaciated body.  And when he did have release from his cage – drugged – he was tied down with ropes, a needle jabbed into his belly until it hit his gall bladder, and his bile would be drained via a mechanical pump.

Thankfully, Arthur was rescued from this hell.  He could hardly walk.  But he arrived at the sanctuary and his life changed.

Arthur was given the bear necessities of life

Arthur had a soft, warm bed.

And he could join a loving bear family and have friends.

But work needed to be done to help Arthur further.   He could hardly stand when he arrived.   If he did try to stand up, his legs would buckle under him.  And he’s been having physiotherapy!

Every week, Arthur spends some time in a specially designed den, full of toys.  These encourage him to move, to s t r e t c h – and to build up his strength.  His carers spoil him and encourage him and reward him with delicious treats.  The treats are hidden all about the physio den.

Six weeks after the physio started, Arthur could walk and stand on his back legs more easily.  He was able to stand for longer, reach higher up – and he became bolder, braver and more curious.

Arthur chooses the exercises he wants to do and he does them at his own pace, in his own time.

He even started climbing in the enclosure – and he couldn’t have done that before his physiotherapy started.

Instead of taking small steps in a shuffling sort of way, Arthur walks out more easily.   He reaches and climbs for food, instead of looking for it on the ground. He hunts around for snacks all over the enclosure. He heads up the outdoor climbing frames and plays with the other bears.  He is clearly in less pain and a he’s a happier bear!

So climbing frames and toys really help.  Puzzle toys mean that an arthritic bear rolls them on the ground until a treat comes out of them.   And beds that older bears can get into more easily, beds which are big enough for them to share with a friend, are critical.  They love cuddles!

We can all help by donating to fill these bears’ lives and final years with comfort and joy.

and spread the word, if you can!  Thank you! 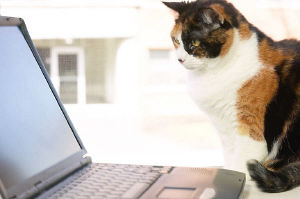